ongratulations, you just landed your dream job! Your eyes widen as you read through the offer letter from your future boss. “Salary…health benefits…401k.” All that hard work has finally paid off! But as you reach the bottom, your heart stops. “Routine drug test…urine…marijuana.”

Panic sets in. When was the last time you smoked cannabis? Two weeks ago? Three weeks? And how long will it show up on a drug test?

Although conventional wisdom says at least 30 days, the answer is not straightforward. There are many different kinds of drug tests available, which have varying levels of sensitivity and time periods to detect marijuana in your system.

Meanwhile, wide-ranging patterns of usage as well as a unique biology for each individual make the calculation of a concrete detection window (the number of days after ceasing usage that a drug test will continue to be positive) even more complex.

“There is no typical window of detection,” says Ryan Vandrey, an associate professor of psychiatry and behavioral science at Johns Hopkins University. “It is highly variable from person to person and it varies based on the frequency of use and the amount of use. So there is no way of predicting or knowing how long someone would test positive with any kind of certainty.”

How do drug tests for THC work? 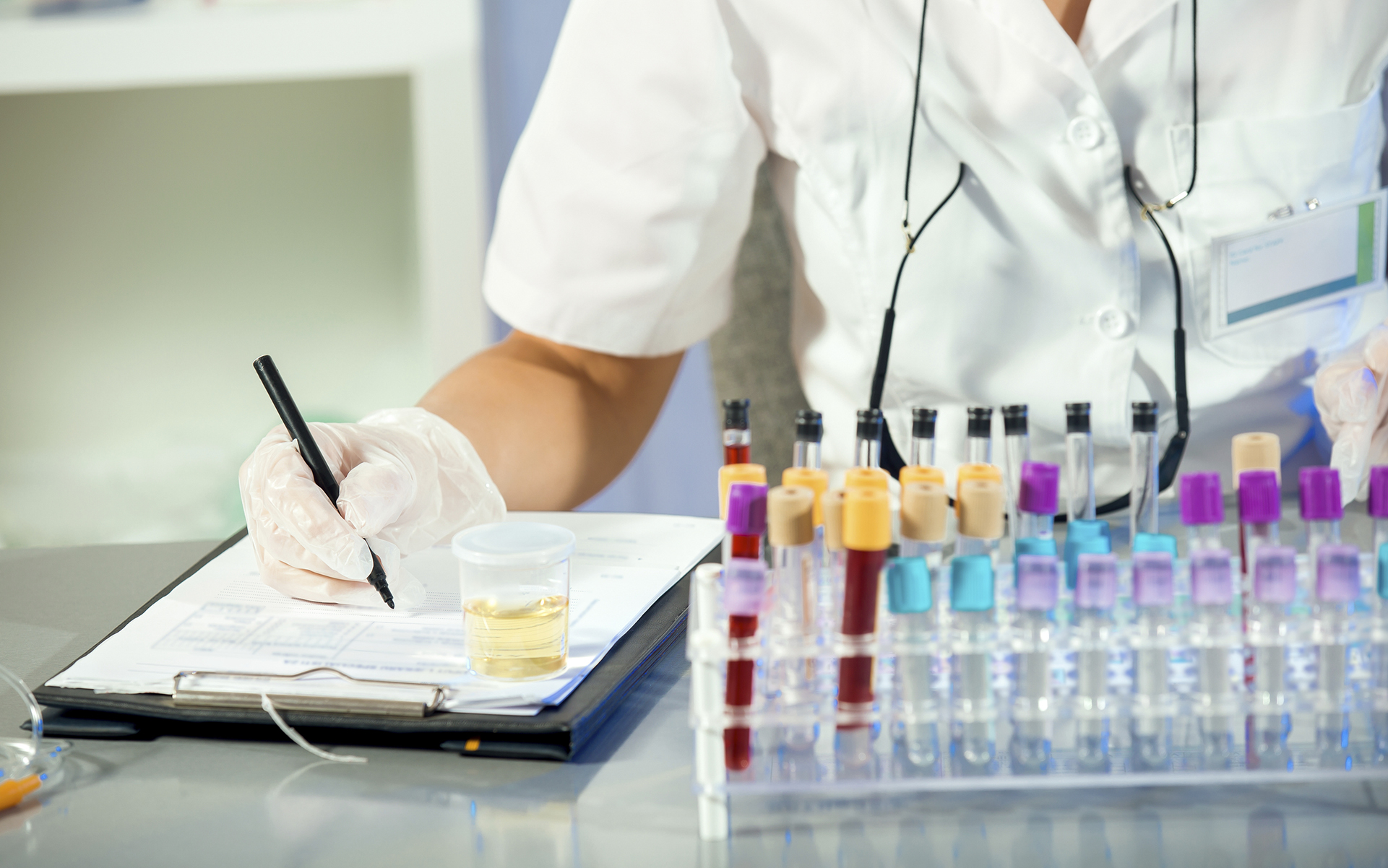 About 40 to 50 million drug tests are conducted by employers each year, which analyze biological material including urine, hair, blood, saliva, breath, sweat, and even fingernails. When cannabis is consumed, THC levels temporarily rise in the body, which are detectable by blood tests from several hours up to a day after a single usage. Although these levels drop significantly after a few days, there are still other means of determining recent usage.

THC, CBD, and their metabolic byproducts, called metabolites, are lipid-soluble and accumulate in fat reserves throughout the body. These molecules are then slowly released over time, resulting in a considerably longer time period for the body to purge itself of marijuana traces compared to other recreational drugs, especially for chronic users. Hair tests tend to have the longest detection window, capable of registering the levels of a non-intoxicating THC metabolite called 11-nor-delta9-caboxy-THC (THC-COOH) up to 90 days after cessation.

The Ultimate Dollar Store Deal: How Accurate Is a $1 Marijuana At-Home Drug Test?

While each drug test has its advantages, urine tests tend to be the test of choice by most private employers and are the sole test recommended by the Substance Abuse and Mental Health Services Administration (SAMHSA), a branch of the U.S. department of Health and Human Services that sets standards for drug testing of government employees. Like hair tests, these urine screens do not directly measure the amount of THC present, but rather the levels of the metabolite THC-COOH.

Once a specific test is selected, the experimenter must then choose its sensitivity, or the cutoff concentration of THC-COOH above which a test is considered positive. The most common cutoff for most marijuana urine tests is 50 ng/mL, but cutoffs can be as low as 15ng/mL and as high as 100ng/mL—each of which result in widely different detection windows.

Despite the fact that SAMHSA sets standards that regulate these urine tests, the vast variability in cannabis use as well as individual differences in biology and genetics stymie efforts to develop specific time windows for detection.

How long does weed stay in your system? 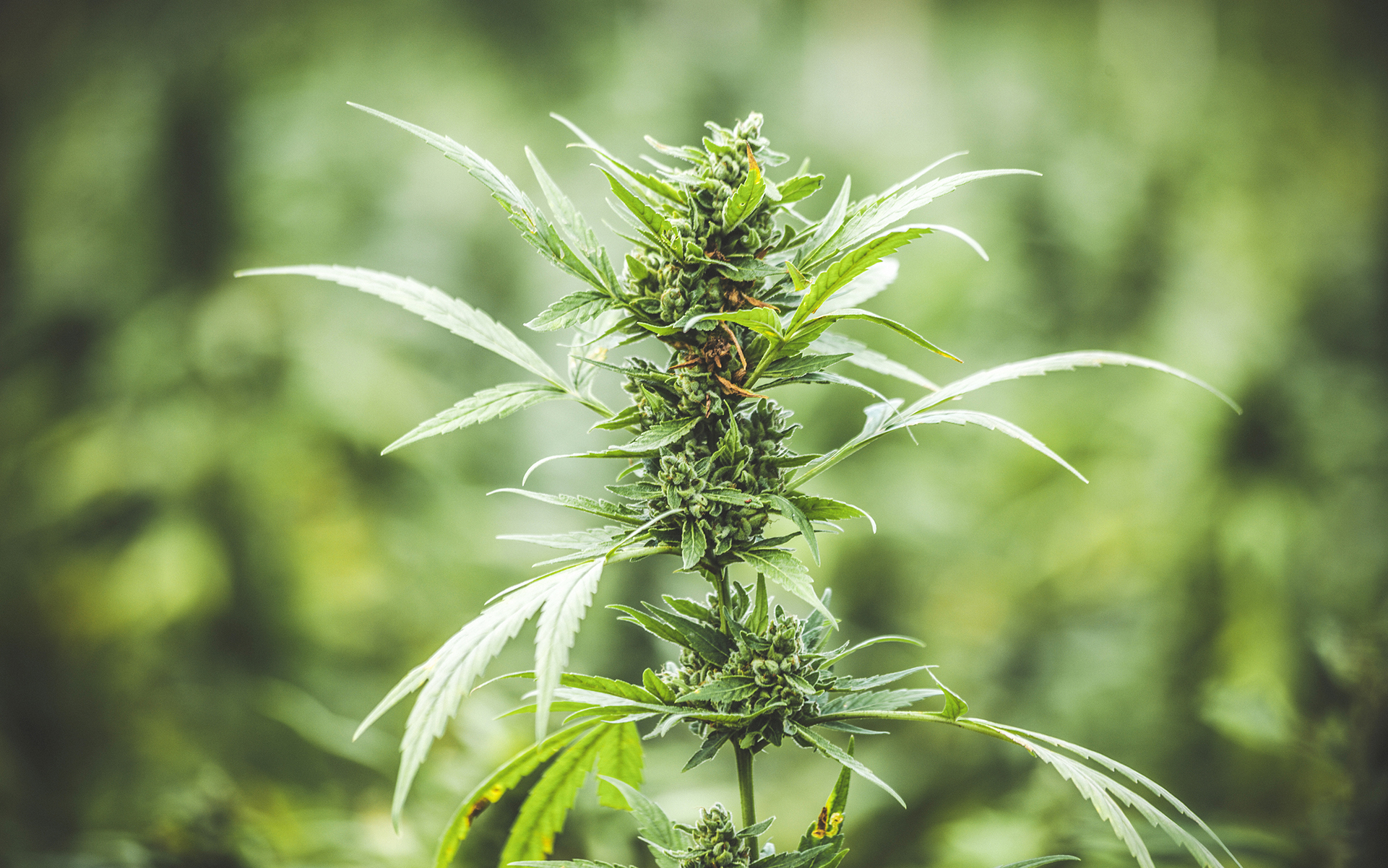 Meanwhile, each of us has a unique metabolism that processes marijuana at a different rate, further complicating the picture. Even amongst people of the same gender and age, individual lifestyle choices such as levels of exercise and eating habits may also affect the amount of time required to pass a drug test (those with higher levels of fat content store cannabinoids more readily than leaner folks).

Given these preliminary grains of salt, however, there are several studies that have explored this question over the years, which offer some general guidance for those awaiting their impending drug test.

“…there is no way of predicting or knowing how long someone would test positive with any kind of certainty.”

According to a 2005 review by Paul Cary, director of the Toxicology and Drug Monitoring Laboratory at University of Missouri, while detection times in excess of 30 days do occur for some, they are largely an exception.

For example, a 1989 study of chronic users showed a maximum detection window of 25 days at a sensitivity of 20 ng/mL. Yet he points out that only one subject tested positive after 14 days, and it took an average of just 9.8 days before cannabinoid levels were no longer detectable. And while a 1984 study testing chronic users at a cutoff of 50 ng/mL showed a maximum of 40 days to get clean, 8 out of the 10 subjects needed only 13 days to show their first negative.

Consequently, Cary offers some shorter estimates of detection windows that he believes would be reasonable to expect given an individual’s frequency of usage and the sensitivity of the particular urine test.

At the standard 50 ng/mL cutoff, he states that “it would be unlikely for a chronic user to produce a positive urine drug test result for longer than 10 days after the last smoking episode.” And if this sensitivity is dropped to the 20 ng/mL level, he posits that this detection window extends to around 21 days for frequent users.

Meanwhile, for those who smoke marijuana occasionally or for the first time, “it would be unusual for the detection of cannabinoids in urine to extend beyond 3-4 days following the smoking episode” at the 50 ng/mL cutoff. This is drawn out to around one week for a more sensitive 20 ng/mL threshold.

It’s also important to remember that “occasional” and “chronic” cannabis users each represent opposite sides of the usage spectrum, and most consumers would likely fall somewhere in the middle.

“I think these [detection times] are reasonable,” says Ron Flegel, director of the division of workplace programs at SAMHSA. “If it is an infrequent use or a single use it usually takes just about 72 hours” at the 50 ng/mL cutoff, whereas “chronic users are probably looking at seven to ten days.”

How long does weed stay in your hair and blood?

Although urinalysis is the most common way to test for cannabis, some drug tests measure the presence of THC in your hair or blood. So how long is THC detectable in your hair and blood? 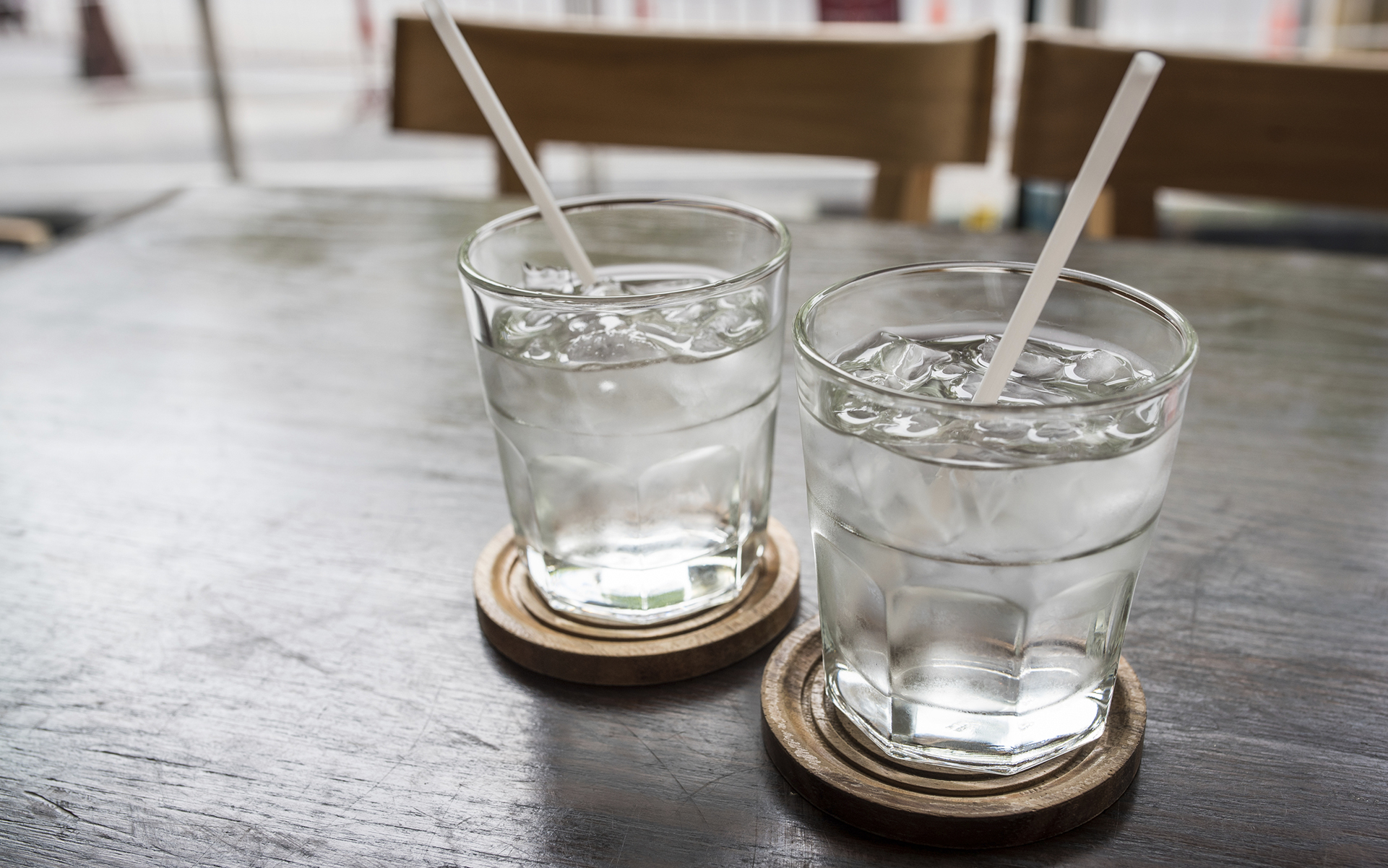 There are several factors that impact how long cannabis stays in your system. These factors include:

Flegel also notes that he often sees cases where individuals fluctuate between positive and negative tests for marijuana over a period of time.

“A lot of people call us and say the person was negative and now they are positive, and they say they haven’t used,” says Flegel. “But if a person becomes dehydrated it concentrates the urine and when they exercise it breaks down fat cells and releases THC,” both of which increase the chances of a positive test. “So you will actually see that over time they will go up and down between positive and negative.”

Three Things Everyone Should Know About Cannabis and Exercise

Meanwhile, Vandrey believes that even these general recommendations are unfounded, particularly for chronic users.

“In a single acute use for a fixed dose we might see a range of variability on the order of days,” he says. “So someone might be clean the next day and others might be positive for seven days. And if you are talking about frequent repeated use the variability just gets bigger. I have had people who smoked cannabis all day every day be clean in a week and a half, and others be dirty for two months.”

Does CBD consumption result in a positive drug test? 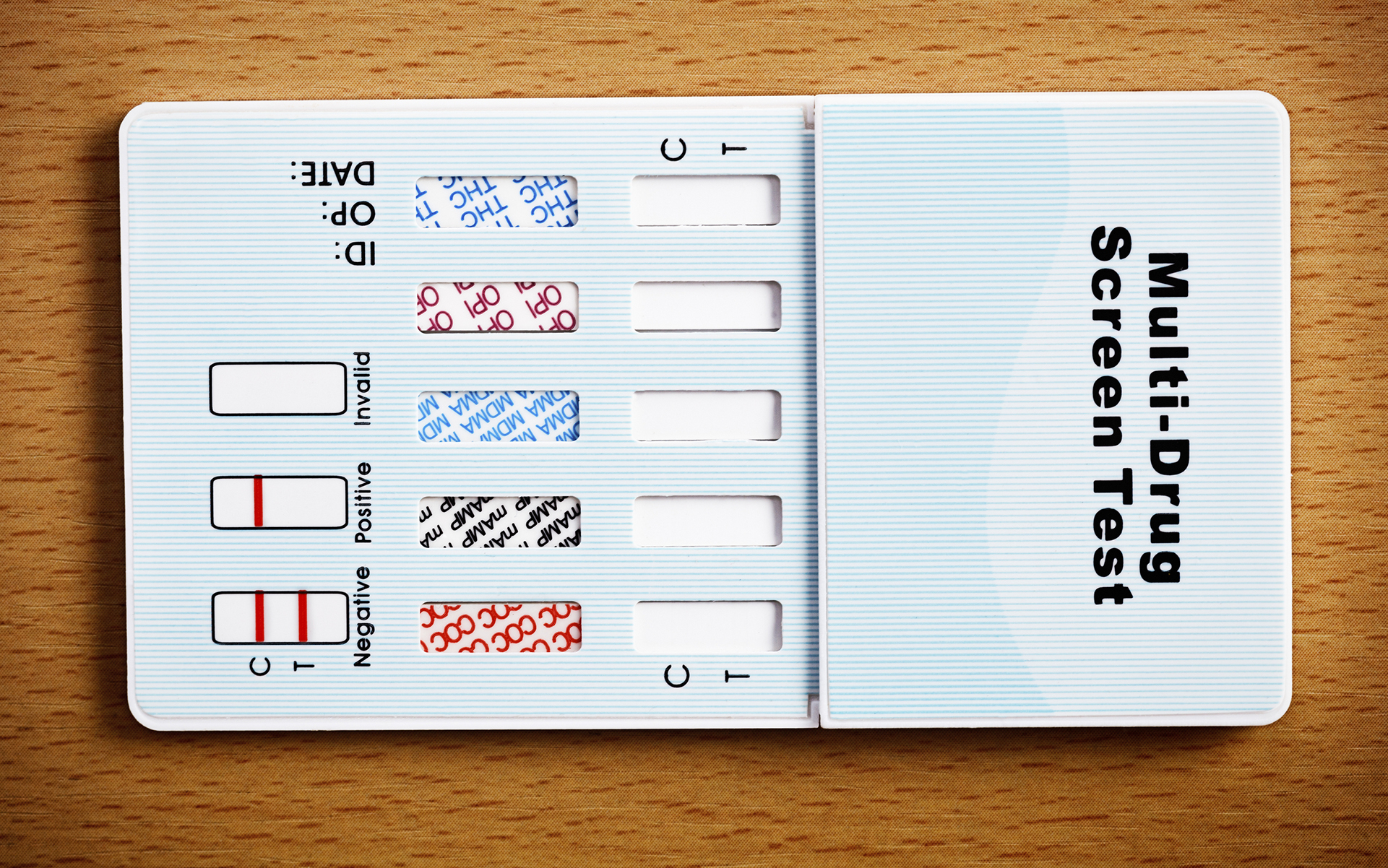 And what about those who consume other non-intoxicating cannabinoids such as CBD (cannabidiol)? How long does CBD stay in your system, and will it show up on a drug test for marijuana?

Does CBD show up on a drug test?

Because standard urine testing only analyzes metabolites of THC, those who consume CBD/hemp oil have very little risk of testing positive. But because some hemp oils contain very small amounts of THC, those who use an extraordinarily large amount of cannabinoid-rich oil products (greater than 1000-2000 mg each day) might show a positive test on the initial urine screen, which is susceptible to cross contamination from other cannabinoids. However, this initial “false positive” would not hold up to the more rigorous second round of confirmatory testing, which specifically measures THC-COOH.

How to pass a marijuana drug test 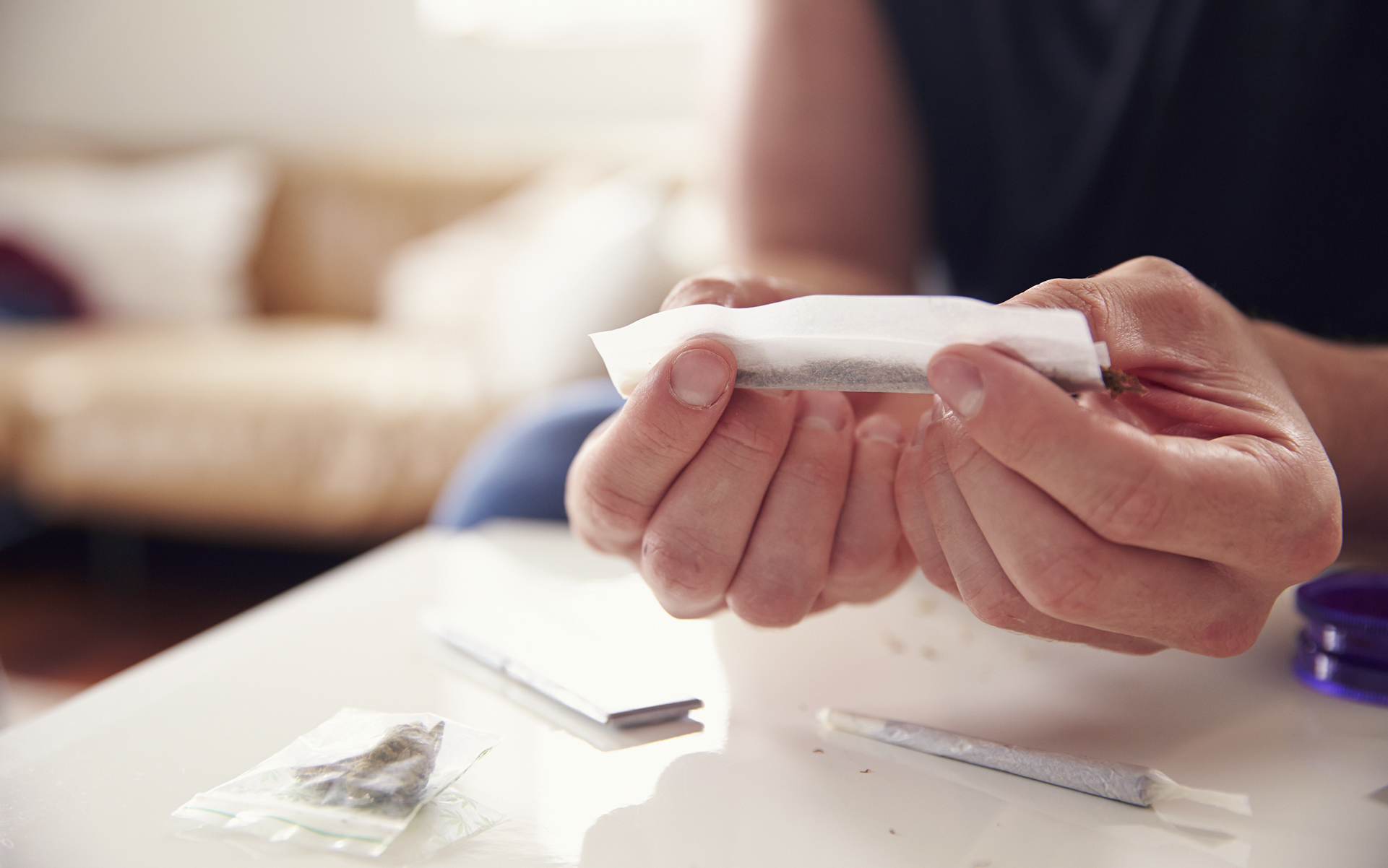 But for those who do consume cannabis, is there anything you can do prevent a positive marijuana test or speed up the THC detoxification process?

Although abstinence is an obvious initial answer, it may even be dangerous to hang out with friends who are smoking weed. Indeed, in a 2015 study, Vandrey exposed a small group of participants to secondhand smoke in both ventilated and non-ventilated rooms. He showed that some participants who sat in the non-ventilated room tested positive for THC-COOH, with concentrations in urine exceeding 57 ng/mL.

“You can’t inadvertently have secondhand smoke exposure to the extent that would trigger a positive urine test, but it is possible,” says Vandrey. “So if you are subject to drug testing and are surrounded by a bunch of people smoking weed in a closed up room, you should leave.”

Many who are facing a drug test but are unwilling to fully give up cannabis turn to synthetic cannabinoids in the hopes of cheating traditional tests. Yet, these alternatives, commonly referred to as “K2” or “spice,” are unpredictable, showing side effects ranging from nausea to seizures that have caused a spike in overdoses in recent months. And many private companies now include tests for synthetic cannabinoids in their repertoire, making this approach both dangerous and futile.

Synthetic Cannabinoids: Growing Side Effects Make Now a Great Time to Stay Away

Others who continue to smoke cannabis may attempt to tamper with their urine, adding chemicals such as pyridinium chlorochromate or peroxidase that eliminate THC-COOH in the sample. Most testing agencies, however, will screen for these compounds and being caught is often just as bad, if not worse, than a positive test.

“In our programs if you adulterate a sample it is considered a refusal to test, and in most situations you are fired,” says Flegel.

How long does it take to pass a drug test? 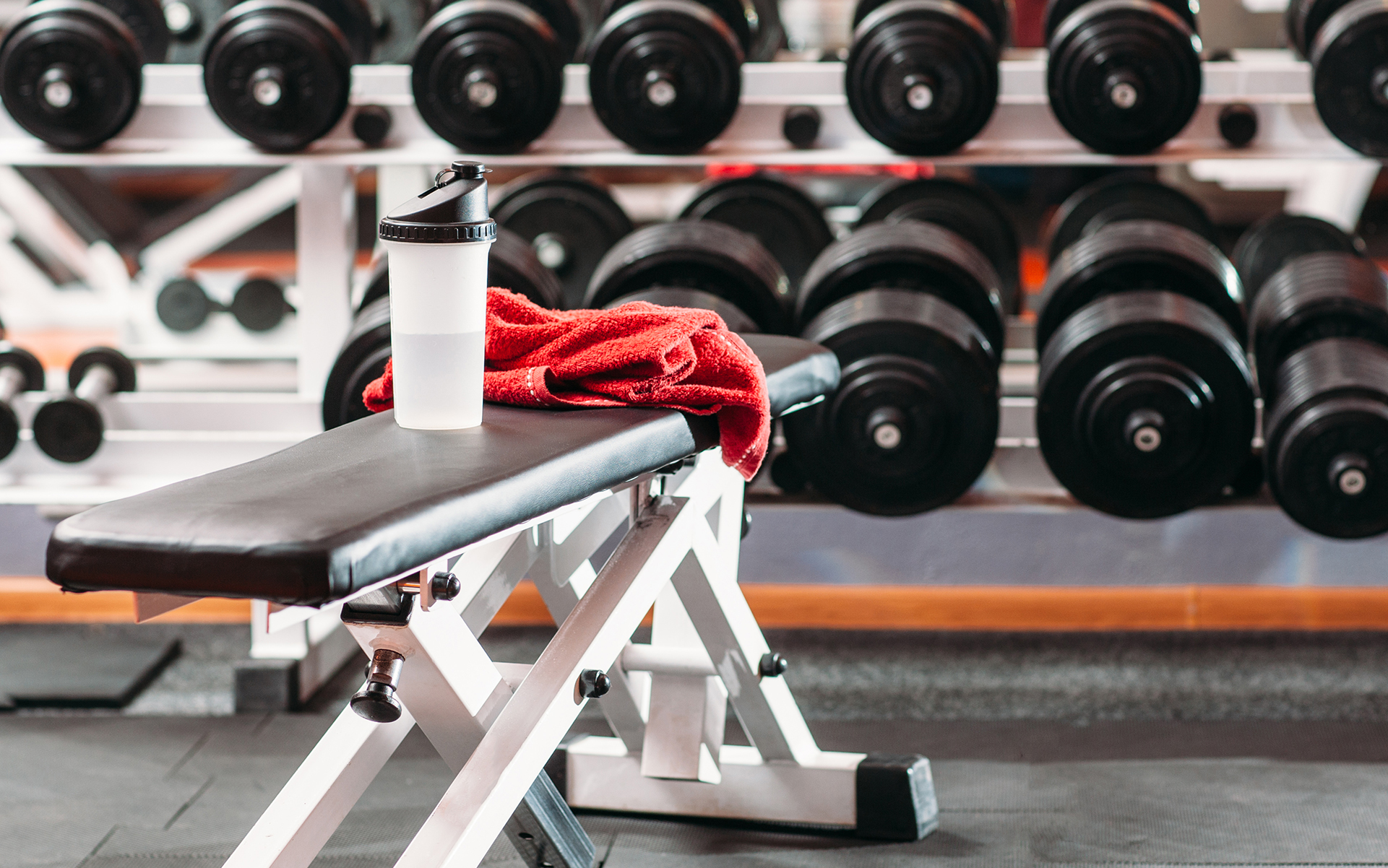 For those who are able to quit, one common technique is to flush out your system by drinking a lot of water. This can be a good approach, as dehydration will increase the concentration of your urine and could increase your chances for a positive result. If your urine is diluted too much, however, it will automatically invalidate the results and you will have to repeat the test. So hydrate carefully.

A potentially more effective tactic for speeding up the THC detoxification process might be cutting back on the Big Macs and hitting the gym.

“Fasting is going to burn fat, which is going to release more cannabinoids,” says Vandrey. “If you have more fat then there is more tissue for the cannabinoids to get stored in so you might get a little bit longer window of detection.”

Can a Tolerance Break Rejuvenate the Effects of Cannabis?

Nonetheless, it is important to give your body enough time to clear out these stored cannabinoids, as exercise or fasting will likely result in a transient spike in measurable THC metabolites as they exit the body.

If you know you have an upcoming drug test, not all hope is lost. Given the current detection windows for standard cannabis tests, it’s likely you will be able to pass a urine test as long as you are not an extremely heavy user and are given sufficient advanced notice. But if your employer tests you regularly and without prior notification, perhaps it wasn’t a dream job after all.