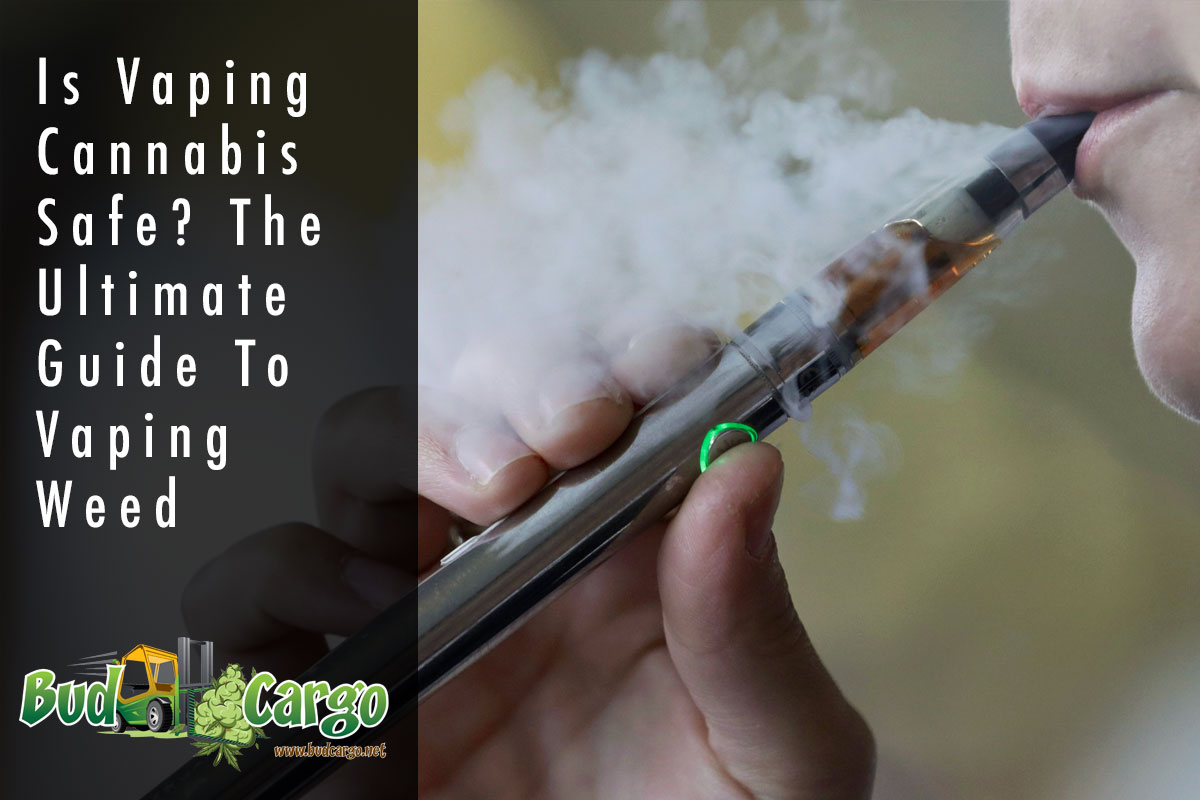 When it comes to marijuana, there are two common questions people tend to ask: Is vaping weed safe? And is it healthier than smoking? Though the two seem like polar opposites, the truth is both vaping and smoking cannabis can be safe and beneficial to your body. However, there are some key differences that should be taken into consideration before making the switch from smoking to vaping.

In this guide, we’ll cover the benefits and risks of vaping weed, whether it’s for medical or recreational purposes, as well as how to choose the right vaping device for your needs.

There have been a number of studies and surveys that indicate vaping cannabis is safe and effective when compared to smoking it. Furthermore, cannabis vape pens are often considered to be a more effective way of consuming cannabis since they don’t require a combustible device. However, it’s important to note that every individual’s body reacts differently to different cannabinoids and chemicals in weed. The risks associated with vaping cannabis are likely to be different for each person who uses it. Some individuals may experience minor changes in mood or sleep while others may experience more serious effects like paranoia or a change in cognitive abilities. Because vaping is less invasive and often takes place in a private setting, it may be a safer option for some people. However, it’s still important to be cautious and know how your body reacts to different cannabinoids.

Unfortunately, there is no clear-cut answer to this question; it all depends on the person vaping weed. With vaping, you aren’t inhaling the cannabis flowers or the trichomes like you do when smoking cannabis. Vaping also doesn’t produce the same amount of heat or smoke that a joint produces, which may make it safer for your lungs. But again, nothing is truly healthy or safe for your body, and vaping is no exception. There is still much to be discovered about the health effects of marijuana and how it affects the human body. What is known, however, is that vaporizers produce much fewer toxins and carcinogens than burning cannabis produces. That’s why some experts believe that vaping is healthier than smoking.

Is Vaping Cannabis Safer Than Smoking?

This is a common misconception that people have about vaping cannabis. Many people believe that vaping is a safer alternative to smoking because it doesn’t produce smoke, ash, or burning embers that could start fires. However, lungs are still exposed to harmful toxins in the air when vaping regardless of how safe the device is. The level of toxins in the air you inhale when vaping is also different for each person. This means that one person’s lungs may be exposed to more toxins from vaping than another’s. There have been a few studies that have revealed vaping cannabis may be safer than smoking because it doesn’t produce tar in the lungs. However, the results of these studies aren’t conclusive and more research needs to be done. Vaping also isn’t safer for your health overall, and it’s important to choose a device that produces the least toxins.

Which Vape Products Are Safest For Vaping Weed?

This is a common question that many people ask. The short answer is that it all depends. There are vape pens that are safer than others, but it’s also important to choose a product that doesn’t produce too many toxins. There are many vape pens on the market that are considered safe for vaping. There are also vape pens that are loaded with specific marijuana strains, so it’s important to choose a product with the right THC or CBD levels. Many companies also offer marijuana strains with different levels of THC and CBD, so you can choose the strain that’s most beneficial for your specific needs. There are also vape pens that are designed for concentrates, so you can vape your wax, shatter, or bud without burning it.

Anyone who uses cannabis should be aware of the risks associated with using it, whether it’s for medical or recreational reasons. For example, vaping marijuana can lead to a decrease in cognitive abilities, so it’s important to be cautious and know how your body reacts to different chemicals in cannabis. Vaping also isn’t a safe alternative to smoking cannabis, and it’s important to choose a device that produces the least toxins. Many vape pens don’t produce enough heat to vaporize marijuana, which means they aren’t as effective at delivering the cannabinoids to your lungs. Some vape pens also don’t have screens that prevent you from inhaling debris or ash that can cause health problems.

There are many myths about marijuana and vaping, but the truth is that both can be safe and effective. Both vaping and smoking cannabis can be effective in treating medical conditions and can also produce a euphoric feeling, but it’s important to know the risks associated with each. It’s also important to choose a device that produces the least toxins, and it’s also important to be cautious when consuming cannabis. If you choose to vape, it’s important to choose a device that doesn’t produce too many toxins and don’t consume too much THC. Anyone who uses cannabis should also be aware of the risks associated with cannabis use, and it’s important to be cautious when consuming marijuana, regardless of how you choose to consume it.