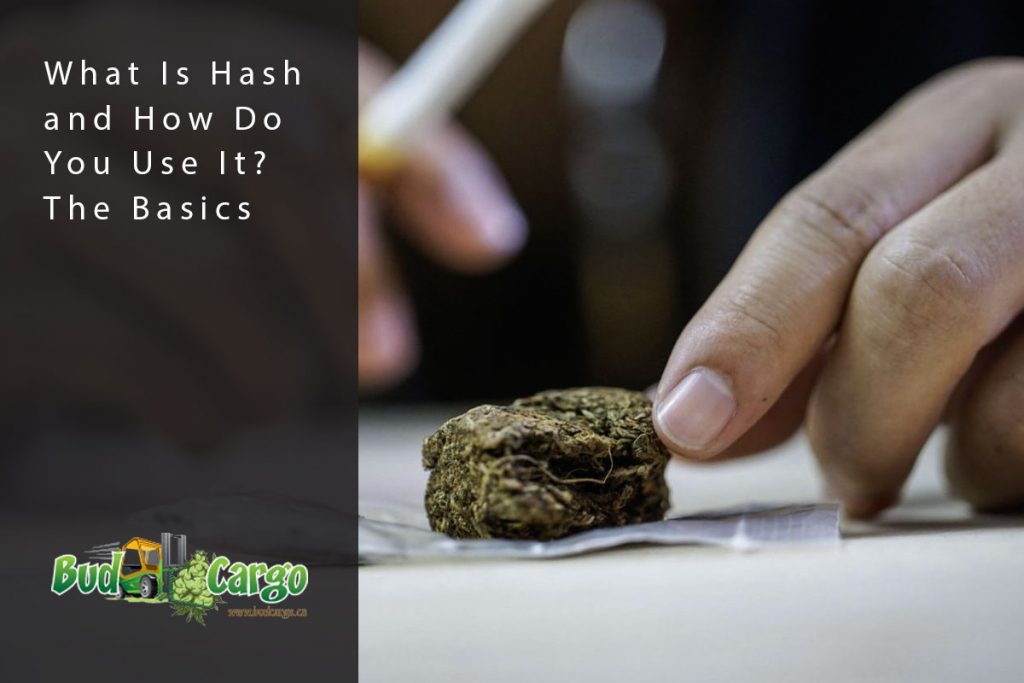 When you’re getting into the world of cannabis, you’ll soon notice that there are many different terms to understand. From varieties to edibles and everything in between, knowing these terms is essential to understanding how the plant works. In this article, we’ll take a look at what hash is and how you can use it if you want to get started.

A hash is a cannabis product that has been processed to various levels of purity. At its core, it’s still the same sticky resinous material that’s produced by the plant, with the only difference being how it’s been treated. The end result is a concentrate that’s also referred to as budder, wax, crumb, honeycomb, or all sorts of other names. There are many different hash edibles out there, and they can be used in many different ways. Some people prefer to use hash in a dabbing pen or rig to get the full effect of the THC and other cannabinoids while still retaining the concentrate’s effectiveness and consistency. Others prefer to consume hash as a vape or sublingual drop. Hash can be made by hand, but it’s often far more effective to use a commercial hash maker. Using a hash maker or extractor gets you hash that’s produced using a controlled environment to ensure consistency. This means every batch will be the same, resulting in a cleaner, higher-potency product.

How to Use Hash

When it comes to using hash, it’s important to remember that this is a concentrated form of the cannabis plant. This means that it has THC and other cannabinoids in it, and consuming large amounts of it can cause a euphoric effect that’s similar to that of smoking a joint. However, the difference is that the effects of consuming hash are much stronger and longer-lasting. The same goes for consuming hash while consuming a joint; the only difference is that hash has a much higher concentration of THC. This means you’ll experience a much more intense high, with effects that are likely to last longer. If you’re consuming hash oil, you’ll want to ensure you consume it sublingually to get the best effect. This is because you want to get the cannabinoids into your system through the bloodstream, rather than through your digestive tract.

The Benefits of Hash

One of the most important things to know about hash is just how beneficial it is. For starters, it’s a great way to get some of the plant’s cannabinoids into your system without consuming cannabis flowers. This means that you’re getting a much higher potency with a much reduced risk of any side effects. Now, when it comes to the benefits of hash, you’ll quickly learn that they’re endless. From helping with pain and inflammation to improving your memory and even improving your mood, hash is a powerful tool. Because it’s so potent, though, you’ll want to consume it responsibly to ensure you get the most out of it.

The Disadvantages of Hash

One of the biggest downsides of consuming hash is the fact that it’s highly potent. This means that you’re consuming a very strong amount of THC and other cannabinoids, which can have a negative impact on your health. If you consume hash, it’s important to note that you need to be aware of the risks involved. If you consume too much, you can experience a lot of negative side effects that are likely to negatively impact your health. The other major downside of hash is the cost. Although many companies are now producing hash that’s far less expensive than flower, it’s still significantly more expensive. This is because it’s a much higher-potency product, so you’ll need to consume a lot less to experience the same high.

Hash is a powerful cannabis product that can be consumed in a variety of ways. It’s often used to make concentrated oils, but it can also be consumed as a vape or sublingual drops. It’s important to keep in mind that hash is highly potent and that consuming too much of it can have a lot of negative side effects on your health.  Visit Budcargo.net online dispensary and pick up some cannabis concentrates today!