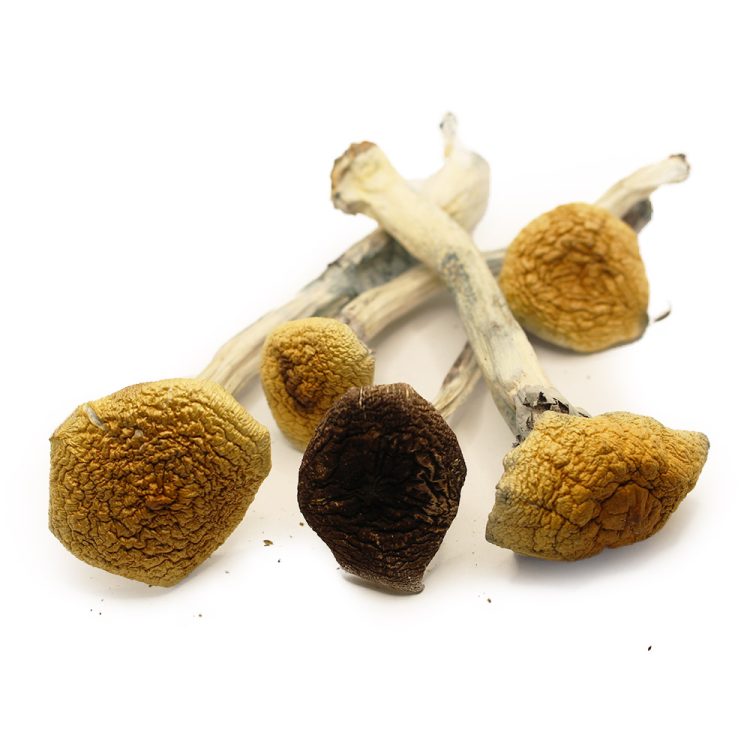 The Mazatepec Magic Mushroom strain has deep roots in Central American Indiginous history. This variety of Psilocybin Cubensis mushroom has been used in religious ceremonies for thousands of years by the natives of the Mazatepec region of Mexico. Along with Huautla it was one of the first strains to be introduced to modern western culture in the late 1950’s by R Gordon Wasson in his famous LIFE Magazige article “seeking the magic mushroom”.

It is a moderatly potent variety which often elicits meaninful spiritual or mystical experiences, along with feelings of peace, relaxation, and deep connection to others and your surroundings. This variety (along with Huautla) is the best choice for a therapeutic or medicinal application.

Mazatepec are typically medium sized mushroom with elongated, thin stalks and medium sized caps which flatten in maturity, often with a dark spot in the center of the cap. Coloration often often appears darker than most other cubensis strains due to prolific sporation.