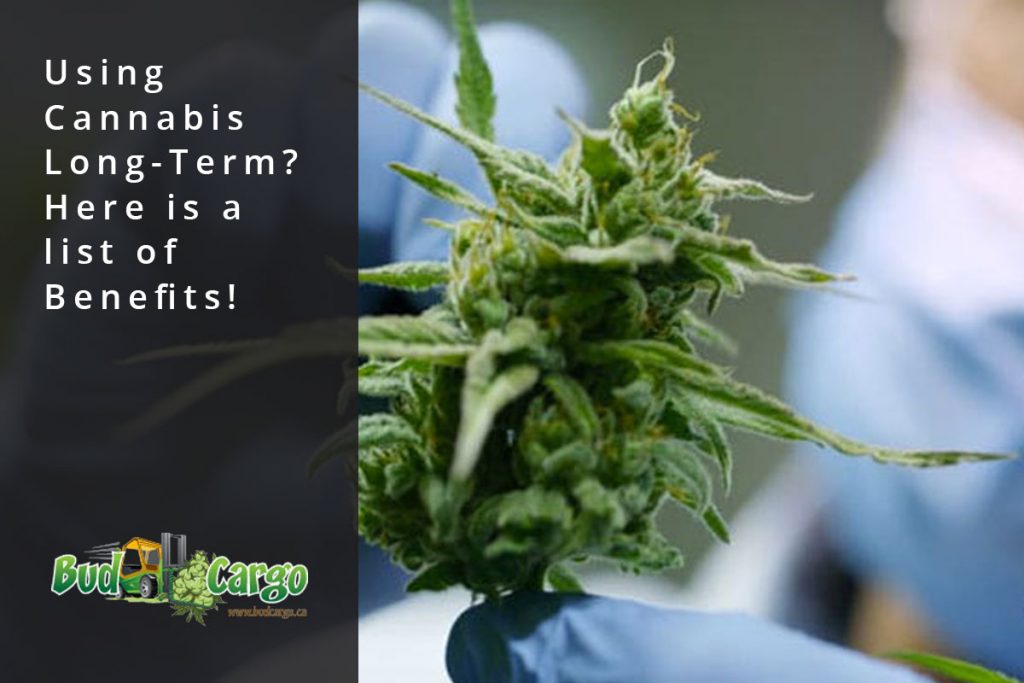 The benefits of using cannabis extend far beyond simply getting high. It has been shown that cannabinoids found in the plant have a variety of benefits when used over time. These effects can be positive or negative, depending on the user and their situation. Long-term cannabis use is not without risk, but it also has its perks. In this blog, we will explore the benefits of long-term cannabis use from both a medical and recreational perspective.

Cannabinoids have been found to reduce pain, whether from chronic or acute sources. They can also reduce the sensation of pain for the rest of the body, so it may be possible to decrease the dosage or stop using cannabis if you are in an accident and need to focus on the pain of broken bones or surgery. There are several cannabinoids that have shown pain-reducing properties, including cannabidiol, cannabinol, and tetrahydrocannabinol (THC).

Many people with anxiety find that THC helps relieve their symptoms of anxiety. Similarly, CBD is also effective at reducing some of the negative effects of anxiety, such as insomnia. Thus, many people with anxiety disorders who use cannabis report significant improvements in their anxiety. A number of studies have also shown that long-term cannabis use may increase the length of time before these individuals relapse with anxiety. This means that people who use cannabis may see some anxiety relief, but they will often become more anxious when they stop using it. This may point to a worsening of the underlying anxiety, rather than any magical “cure” from cannabis use.

Cannabis is currently being studied for its potential ability to treat addiction to other substances, including nicotine and alcohol. While some studies have shown positive results, there are likely a number of factors that play into any success or failure in this area. If a person using cannabis is also using tobacco, opioids, or other substances, the cannabinoids may be less effective at reducing cravings. However, some research suggests that cannabinoids may be able to reduce cravings in people who are trying to stop using other substances such as opioids. Other researchers are also currently studying the role of endocannabinoid system in various types of addictions, including food, video games, and even shopping. As this area of research grows, we may find more ways in which cannabinoids can reduce cravings for other substances such as alcohol, opioids, or nicotine.

Endocannabinoid system has been found to play a key role in normal reproductive function, from fertility to menstrual cycle. When cannabinoids are used in high doses over time, they may reduce estrogen and disrupt the menstrual cycle. However, when used in low doses over time, they have the potential to boost fertility and increase chances of pregnancy. Further, research is continuing to examine the role of cannabinoids in treating infertility and increasing chances of successful pregnancy. For example, some studies have shown that cannabinoids may increase sperm motility and fertilization success, while others have shown that cannabinoids may have no effect on these factors. A growing number of women are choosing to use cannabis during fertility treatment, and more studies are needed to understand the effects of long-term use on fertility.

Low or erratic sleep quality is one of the most common reported side effects from using cannabis, particularly for long periods of time. Research shows that sleep quality is improved for long-term users, both for those who experience insomnia and those who don’t. This is likely due to a combination of a decrease in anxiety, a boost in mood, and an increase in relaxation.

The health benefits of cannabis are widely discussed, and it is clear that this plant has the potential to positively affect our lives in many ways. It is important to remember, however, that while the plant itself could have some benefits, it is important to use it responsibly. It is also important to keep in mind that these benefits may not be experienced by everyone and may be different for individuals based on their genetic makeup and other factors. This article was meant to provide a general overview of the potential benefits of long-term cannabis use.

To find the highest-quality cannabis online in Canada, look no further than Budcargo.net